During the Celtic Tiger years and later in the recession the careers and jobs fairs do not seem to be going away. People talk about job boards (going away) and social networks, but there was a tremendous buzz yesterday over the weekend in The Mansion House. In fact so much so that the cue to enter was at some stages all the way to the St. Stephens Green. And rightly so! 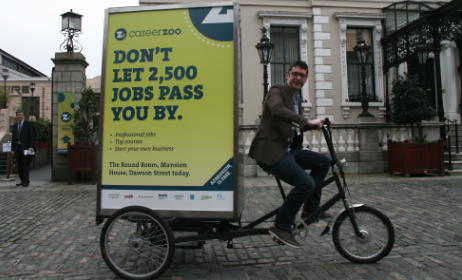 The exhibitors list was great. There have been jobs in plenty of sectors. From the general feeling browsing around, I couldn’t help the feeling that the IT sector, in particular, is buzzing like crazy. Plenty of companies to choose from, and not all of them in Dublin’s Silicon Docklands. Plenty of new ‘faces’ as well this year. Gamin sector with their nice stands and of course Twitter. Twitter in fact deserves a special mention since they are the first company that brought T-shirts back into the goodies and did not even bother with the usual pens, etc.

Besides plenty of employers, there was a long list of universities as well as showcasing their educational programmes. It made me think that it would have been a perfect opportunity to lock all the exhibitors in the room, without any visitors, and let them make sure that the training courses and programmes on offer actually do produce the skillset the other side – the employers currently have, and will have in the future. It could be organised as the half day conference with the roundtable at the end. It would benefit both sides, the education sector and the employers, and most of all the job seekers. Note that in the recent pols 70% employers in the IT sector stated that they are aware they will have to look outside of Ireland for their staff needs in 2012. 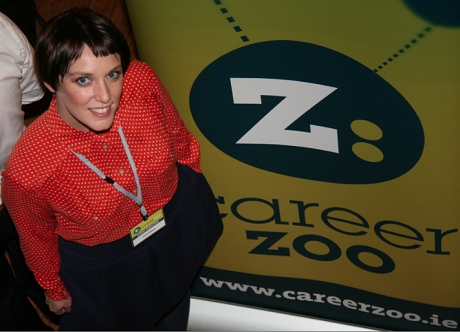 CareerZoo was a truly great event that will definitely help match a lot of employers and job seekers. Talking to the company representatives and HR managers, every single one of them I spoke to have been happy with the response. The quantity was there definitely. Judging by the excitement of the recruiters – the quality was there as well!

The directors of CareerZoo Brian Ó hOisín and Jackie Slattery have done an excellent job once again!