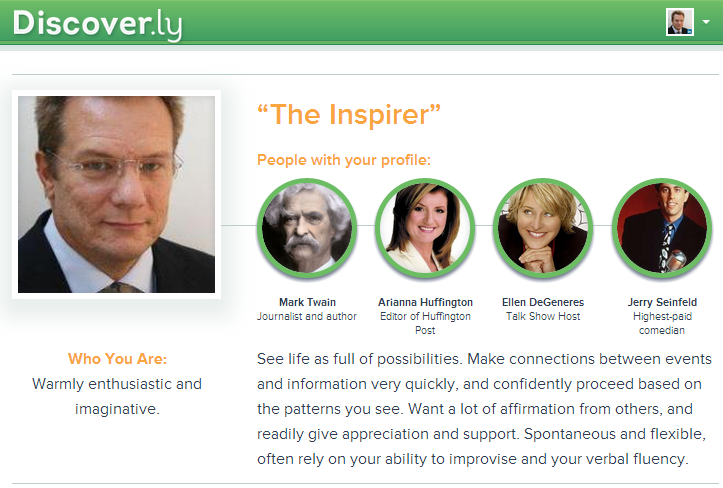 Facebook boasts a wealth of data about your relationships but very little professional information. LinkedIn is just the opposite.

A startup called Discoverly has developed a chrome extension that marries data from Facebook and LinkedIn. Founder and chief executive Theodore Summe jokes that Discoverly is “playing Switzerland” between the two social networking giants, which don’t speak to each other.

“Facebook and LinkedIn are great but don’t play well together, so valuable potential of users’ social data goes unrealized,” Summe told me via email. San Francisco-based Discoverly is building a series of products under the tagline “putting social to work,” and it competes with social business services like Rapportive. 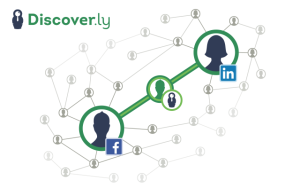 Prior to starting Discoverly, Summe worked as a senior product manager for the Chatter product at Salesforce and was a technical analyst at Morgan Stanley. He has grown the team to five employees, including a UI and developer lead.

Summe gave me a link to the beta version, so I was able to give the service a whirl prior to today’s launch. I clicked the link, registered both my Facebook and LinkedIn accounts, downloaded a Chrome extension, and waited about five minutes for the service to “warm up.”

Once you’ve installed the free extension, you’ll be asked a series of personal and professional questions. I completed the quiz in a few minutes and was informed that I’m “practical, realistic, matter-of-fact,” which are qualities that I apparently share with both Michelle Obama and Alec Baldwin. Winning.

You’re also invited to create infographics from your social data. Discoverly can pull information from Facebook and LinkedIn to discern the location of your friends, popular universities in your network, and other insights. This is a particularly useful feature for those who are considering applying to college or moving for a job.

All in all, it’s well worth the five-minute download to view Facebook data on LinkedIn, and vice versa.

Recruiters might use Discoverly’s chrome extension to track down candidates and quickly discover whether they share any mutual friends on LinkedIn or Facebook. It’s also potentially valuable for graduating students and new entrants to the job market.

At every turn, you’re asked to share Discoverly’s findings with your friend networks. Clearly, the product is built to go viral. It’s fun and contains some useful information, so I could see it taking off.

From a privacy standpoint, Summe stresses that you already have access to this information on Facebook and LinkedIn. The startup merely makes it a bit easier to navigate. It won’t share that you’re using the service with your networks without your permission.

Discoverly also offers a business service, which is primarily how it plans to make money. That product is used by 40 corporate customers in beta. The startup has raised a small seed round of $750,000 from Bessemer Venture Partners, Atlas Ventures, and senior executives at Yammer. It’s a graduate of the Silicon Valley-based Alchemist accelerator, which only accepts early-stage enterprise startups.