Elaine Roddy, NRF Director deserves a special thanks for organizing it all (Yes I was there a few hours earlier to check how the things are going with the organization! :)).

Frank Collins, NRF President – made the shortest speech possible, making sure the dinner doesn’t get cold. On a serious side Franks work with the NRF shows outside of the NRF organization, making him a as respected person in the recruitment industry in Ireland as he is. 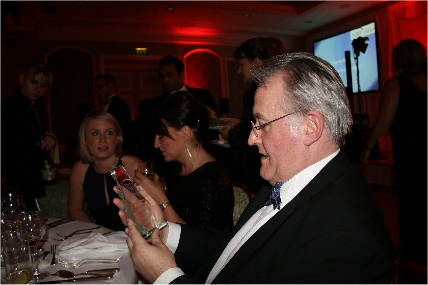 The panel of judges were made up of Sean O’Meara, Former Chief Executive of Young Advertising; Kirsty Kirkwood, Former European Head of HR at State Street Ireland and Mark Fielding, CEO of the Irish Small & Medium Enterprises Association, (ISME). Ex-MD of Computer People Ltd, Grainne Martin was a new addition to the panel this year as a recruitment advisor. 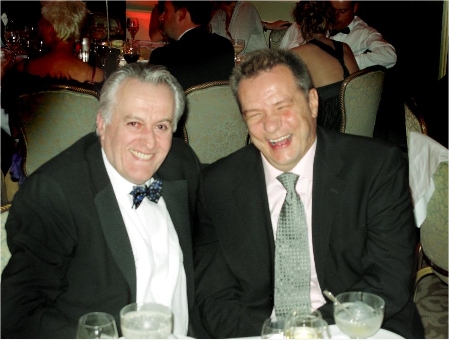 I spent most of the evening chatting with the judging panel of the NRF. It was interesting to hear their reasoning for awarding each award. Mark Fielding, CEO ISME
Made it the most clear by defining the ‘Passion’ as what made the largest impression on him. He was amazed by the quality of shortlisted companies this year, and admitted it was really hard to choose one in each category.

It was also the eve of the Lisbon Treaty Referendum that night, and we had a chat about that. I was shocked the day later realising that Marks prediction of the outcome of the referendum was absolutely correct – he predicted the percentages exactly as the results published a day later! Well done!!! 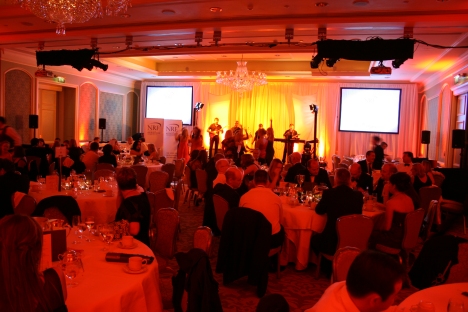 As a true night out – National Recruitment Federation Awards 2009 ceremony culminated with a live music and dance… With most of the cameras way out of focus to capture any of that!

Life must be good in the Recruitment sector in Ireland! 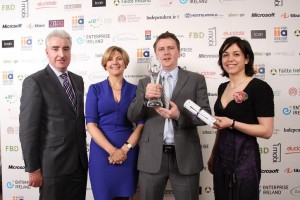 GreenJobs is a jobs site with companies that want to brand themselves as green companies. Jobs boards are easy to do. You just need to:
make a fairly simple site where recruiters can publish jobs and job hunters can apply for jobs
get recruiters to publish jobs
get lots of job applicants to apply for those jobs
send your monthly invoices to the employers!

Alexa.com might not be the best way of measuring the traffic on a web site, but it is still the only one. Here is a small comparison to show you where the GreenJobs site is today compared to this blog for example:

Now how to read those numbers? Simple! Alexa.com gives the numbers from 1 to the most popular site on the web (Google.com). The bigger the number the lower the site is on the Traffic Rank list. That tells you that advertising your job on even this blog will have a far greater reach than advertising on GreenJobs web site.

I am really interested who sits on the panel of judges for the Irish Internet Association – Internet Entrepreneur Award?

Here is an Alexa ranking comparison the other new web site Worky.com that is online for a few weeks only:

Worky.com is already more popular than JobsBlog.ie! And has more jobs. And is a really nice looking web site. And is backed up by Ray Nolan, who KNOWS what he is doing!

Here are the questions I cannot answer myself: