I write a lot about the job boards and there is one I was avoiding so far, but the time has come – Let’s talk about FÁS!

FÁS as the organisation was in the media a lot for many months now. When the 1bn budget FÁS has reached the media, earlier this year, FÁS made it as the Story of the Week, in the most national print and TV channels.

To put this story in the perspective, only a handful Irish job boards reach 1 million revenue. In the same time all the job boards are very profitable. OK we all know FAS is more than just a job board, but to anyone in the recruitment industry 1bn budget sounds simply astronomical. 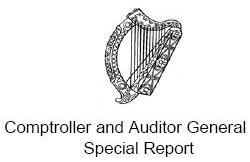 In the summary of Findings one can read that: Over the period 2002 to 2008, FÁS spent over €48 million on advertising, promotion and related activities including jobs fairs and activities to promote science.

How did FAS manage to spend half a million a month for seven years? Well not very creatively: Print 62%, TV%, Radio 13% and Outdoor 13%. Did you notice something missing? Well no online advertising budget? Half a million advertising every month and not a cent in online?! Well come on FÁS…

The full report is actually quite interesting read. It is full of over a half a million (or more) here, half a million there, for stuff that was either not used or not even delivered. My personal favourite is the car purchased and paid for in full, but never delivered.

The FÁS report is a very good reed. I can highly recommend it, and many thanks to John Buckley for putting it together. Here is a full PDF download.