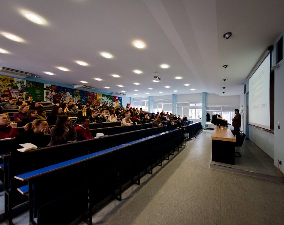 I was talking to some postgraduate business and IT students (Overeducated and under experienced for Jobs of tomorrow) and asked them who has the Facebook account. I wanted to show how deep the Facebook penetration actually is. I got more hands up than that I could count. So I reversed the question – and asked who doesn’t have or didn’t use his Facebook account in the last week. I have 3 hands up. In the group of 80 people.

I asked them if they bought papers (any papers) in the last 7 days. Two bought local classified advertising paper looking for flats to rent. One bought photo magazine and one other bout a gardening magazine. Same 80 people.

All are postgraduate students, and all are looking at the job market. All are exactly those you will want to target with your jobs advertisements. So where will you advertise?

To look into it even further – the question is how will you actually advertise there. Facebook and LinkedIN will gladly take your money. Since those are ‘Cash Hungry’ businesses. Twitter and most other social networks do not provide a facility where you can just bluntly dump your advertising budget. It is a known fact that the proper ‘usage’ of a social networking site will give you far better results that advertising on the same site. Painfully small is a list of jobs filled from the advertisements on Facebook or LinkedIN. The way one sources the candies from the Social Networking sites is by constant branding, inbound marketing, networking – all the opposites from classical advertising.

Facebook seems like the best place to invest 90% of your recruitment marketing budget from todays perspective. Tomorrow? Ahh… it will probably change again… Just remember, it will never be the same as it once was, and the wheel will never start turning back. Where you will invest next year, is most likely into something that does not even exist today.

Since the economy bottomed out and took scores of Irish jobs with it, purveyors of job boards have seen corporate customers curb or cut contracts at the same time they’ve dealt with an influx of résumé postings from the newly unemployed.

More companies also are adding job postings and career centers to their Web sites, or are using social networks such as Twitter, Facebook and LinkedIn for recruiting, which raises the possibility that they won’t go back to previous levels of job board spending once the recession ends.

The result: falling revenue and earnings, as evidenced by publicly traded job boards such as industry leader Monster Worldwide, which in the first half of 2009 lost $11.7 million on revenue of $477.4 million, a 34 percent drop from the same period last year.

Peter Zollman, executive editor of Classified Intelligence, a consulting group that tracks the classified advertising and job board industries, says that while the job board industry has struggled in 2009, some privately held firms may be better positioned to weather the recession.

The above article is actually from: http://www.workforce.com/section/06/feature/26/71/27/index_printer.html

The second part of the article is less interesting and less relevant for Europe and Ireland in particular. This is my attempt to finish it up:

One such firm is EmployIreland.ie.

EmployIreland.ie is the only job site in Ireland that hasn’t been letting go it’s staff during the recession.

Irish Jobs lost their largest client – CPL. Jobs.ie is selling traffic left right and center. They even implemented Pop Under windows, and that’s surelly the worst marketing practice. RecruitIReland even went free for a the best part of the year to get jobs on their site. Loadza made all kind of experiments like Online Jobs Fair that did not stop clients leaving.

The traffic job boards in Ireland are attracting fell drastically, as well as their revenues in 2009. Most of the jobs sites are actually using Google AdWords PPC to drive traffic, since there is simply not enough ‘organic’ – natural traffic from the search engines.

The fact that the revenues of the Irish job boards will not bounce back up is something all of them are trying to hide. Or they simply live in denial.

Social networks is where the recruitment is turning to and massive job boards will slowly be losing their revenues. Going forward it will not be so rapid as it was in the 2009, but there is less and less advertising revenue available for jobs advertising in the years to come.

Even new jobs sites are not popping up as quick as they did up until just a few months ago.

EmployIreland.ie is in the unique position to thrive in the current market. It is agile enough to change with the times. EmployIreland.ie is in its core a technology company Portal.ie. The experiments with the recruitment social networks lead to a number of BETA releases like JobsMarket.ie and JobsBoard.ie, and a few international ones.

By running the only Irish real time job posting system eRecruit.ie, the company is in the unique position to….

I am kind of out of inspiration any more. Just remembered the title of the Recruitment Conference yesterday: The Future of Recruitment … Job boards are less and less part of that future. EmployIreland.ie will lead the way by innovation, and embracing the new ways of doing business in recruitment industry!